If you're paying any attention to the Amazon Top 100, you'll know that my ebook, The List, is currently ranked #35.

You'll also know that out of the Top 100, twenty-six of those spots belong to indie authors. Seven of those are occupied by wunderkind Amanda Hocking.

But six of them, including the coveted #1 spot, are from a writer named John Locke.

So who is John Locke?

I caught up with John while we were both in the Swiss Alps, at a secret bestselling author chalet where we heat our jacuzzis by burning stacks of hundred dollar bills.

Naturally, I had questions. In between throwing greenbacks on the fire, he graciously answered. 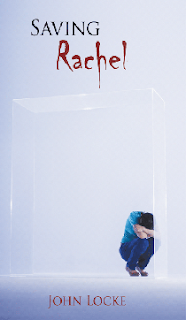 u seem to have come out of nowhere. What's the story?

John: My background is niche marketing, where I built a successful business selling specialty insurance, and then another one, investing in specialty real estate. So the first time I saw the business model for selling eBooks on Kindle, my eyes lit up like a kid at Christmas. Why? Because Kindle doesn’t just level the playing field for self-published authors, it actually slants it in our favor.

Specifically, I saw that a self-published book could be offered on Kindle for 99 cents, and still turn a 35 cent profit. I was stunned! I walked around in a daze for, well, days, trying to explain to people what that meant. No one seemed impressed. To me it was like receiving the keys to the kingdom, and I immediately set a goal to become the world’s greatest 99-cent author.

Joe: Which, at this moment, you are. This fascinates me, because when Amazon began offering 70% to ebooks priced $2.99 and up, a lot of people considered staying at 99 cents to be slumming.

Which was naive. Coming from a legacy publishing background, I knew that 35% royalties were much better than anything the Big 6 offered. Even so, when I first got into this, I thought that cheap ebooks would be a loss lead, that would get people to read my more expensive books.

I guess there's something about 99 cents...

John: In February, 1963, I was twelve years old, living in Shreveport, Louisiana. One Saturday I walked a couple of blocks, caught a bus and took it downtown, walked another block to 728 Texas Street, and entered Stan’s Record Shop to buy a recording of “Walk Like A Man,” by the Four Seasons. It was two minutes and seventeen seconds long, cost a dollar, and I still had to catch a bus ride home.

Now, 48 years later, you can buy one of my books for only 99 cents! You don’t have to walk a step, catch a bus, drive a car, fight the traffic, find a parking space, wait in line, or cut down a single tree. You press a button, and within a couple of effortless seconds, you get four or five hours of entertainment.

Joe: For years, I've been trying to tell other authors that ebooks are a game changer. Some are listening...

John: For the first time in history, there's an advantage to being an independent author!

It wasn’t so long ago that an aspiring author would complete his or her manuscript, only to don a pair of knee pads and assume a supplicating posture in order to beg agents to beg publishers to read their work. And from way on high, the publishers would bestow favor upon this one or that, and those who failed to get the nod were out of the game.

These days the buying public looks at a $9.95 eBook and pauses. It’s not an automatic sale. And the reason it’s not is because the buyer knows when an eBook is priced ten times higher than it has to be. And so the buyer pauses. And it is in this pause—this golden, sweet-scented pause—that we independent authors gain the advantage, because we offer incredible value.

Joe: You're getting great reviews, so people are obviously enjoying your work. Plus, you're outselling every other book on Amazon, including some name brand authors.

John: I’m new to the writing game. But if I’d started self-publishing even three years ago, I would have spent all my time trying to prove to the public I’m just as good as the top authors in America. These days, the burden of proof is on them. Now the best authors in America have to prove they’re ten times better than me. And in a game like that, I like my chances.

Joe: Do you have any traditional publishing experience? An agent?

John: I've never had an agent or publisher, and have never sent a manuscript or query letter to anyone. I always intended to self-publish my work, without representation, and figured my time would be better spent writing books than query letters.

John: I've thought all day how to express the way it feels to have all 6 books in the top 40, including #1 and #2, but I couldn't come up with the proper adjectives! Today I was contacted about selling the movie rights to my Donovan Creed novels. I was also contacted by a literary agent for representation. On the other hand, I feel weird because I'm the same guy no one paid any attention to last year. The books they want to represent were written a year ago, and when I sent out press releases, no one cared. Now that these same books are selling, I'm what, suddenly good? Doesn't make sense. But yeah, it feels great, of course.

Joe: Congrats on your success. And you really should consider an agent. Even though I'm keeping my print and erights, my agent has been great in selling audio, foreign, and film rights.

Who does your cover art? How much does it cost to self-publish?

John: Claudia Jackson, of Telemachus Press, does all my cover design. She charges $995 to publish an eBook, including cover creation, and distribution to multiple ebook formats. Any art work she purchases for the projects are extra, but reasonable. It's nice to be able to write the book, send it to her, and not have to fool with the process. And Telemachus puts the Ebook accounts in the author's name, so I get all the profits. To me, it's a no-brainer.

Joe: Readers of my blog love numbers, so here's the big question. How many books have you sold so far?

John: As I answer this question, it is March 8th. I have sold just over 350,000 downloads on Kindle since January 1st of this year.

John: Kindle is great because you get the sales numbers in real time. I don't have current sales figures for the other eBook formats.

Joe: What advice can you give your fellow authors?

John: I always give authors the same advice: don't take yourself too seriously. Write the types of books you like to read. I offer my readers a fun, breezy read. If I can give them some chuckles and hold their interest for a few hours, I feel I've earned my 99 cents. I know I'm on the right track if I laugh out loud when I'm writing a scene. And if I don't laugh out loud several times while writing a book, I don't publish it.

Joe sez: One thing that strikes me, and strikes me hard, is how outside-the-box Locke's approach has been. He didn't even bother with the query-go-round. He marched boldly into self-publishing, recognizing it for the potential goldmine it could be, and wound up hitting it big.

I'm thrilled for his success, and I invited John to hang out on my blog for a bit to answer any questions that my readers might have.