More guest posts are coming, but I wanted to take a moment to post some numbers and some thoughts.

When I include Smashwords, Createspace, and Barnes and Noble, my income for January will be about $42,000.

Last January, I made $2,295 on Kindle, and I was amazed I could actually pay my mortgage on books NY rejected.

"Amazed" is no longer strong enough a word.

And yet, I still see some writers clinging to the notion that getting a book contract with a Big 6 publisher is the way to go.

But money isn't the only reason ebooks self-publishing is preferable. 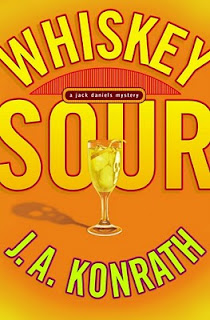 Back in 2004, when my first novel, Whiskey Sour, was released in hardcover, my publisher forbade me from doing booksignings. In order to have an official signing at a bookstore, the publisher is required to pay coop. Since Whiskey Sour was a hardcover, and I was a no-name, they didn't want to pay coop to bookstores because it wasn't cost-effective. Even $50 in coop would mean I'd have to sell about 15 books for the publisher to break even. Newbies simply don't sell 15 hardcovers a day at a single location. Very few books--bestsellers included--sell 15 copies a day from a single location.

This irked me, because I'd already set up signings, and because I felt as if I was being prevented from doing my job. One bookstore was especially upset, because the manager was a big fan of the book, and he'd been talking it up to his customers. He begged me to at least drop in and sign stock.

I asked my publisher, and they were fine with that, as long as they didn't have to pay the store.

So I visited the store, and to my dismay, the manager had ordered 100 copies.

Having worked in a bookstore before, I knew books had a limited shelf life and were returnable. Seeing that many books, knowing they'd be sent back, made me nauseous. I'd worked like a dog to land a print deal, and I knew I had to sell as many books as possible if I wanted to ever get another contract.

So I hung out at the bookstore, and greeted people who walked in, and told them about my book.

It was brutal. All I ever wanted to be was a writer, not a salesman. But I smiled, and I pitched, and I shook hands, and by the time I was done I'd been there for eight hours.

The district manager of the chain got wind of it, and invited me to do the same thing at other Chicagoland stores.

I did. It was an exhausting summer. Weekends were spent traveling to stores, spending hours on my feet, smiling, schmoozing, shaking hands. But I made a small impact, and handsold hundreds of books.

The next year, my publisher toured me.

For Bloody Mary, my second novel, they sent me to the West Coast. I had ten official signings. But I quickly realized what a giant waste of money tours were. Why do signings at only two bookstores in L.A. when there were 30 stores in town? Why fly from city to city, and pass up all those bookstores between cities?

So, on my own, between official signings, I dropped in 95 additional stores and signed stock.

It was eleven days of busting my ass. No sleep, constant travel, constantly being "on." But I felt it needed to be done.

The next year, for Rusty Nail, I was on the road for 55 days, and signed at over 500 bookstores. I blogged about it, day by day, but here are the final stats for that tour:

It remains the hardest thing I've ever done. I was so exhausted after that tour--physically, mentally, emotionally--that it took me weeks to get back to normal.

If we assume that every book I signed on that tour wound up selling (which is a big assumption,) it means for every hour I spent on the road, I sold three books.

It was the very limit of what I was capable of doing, and the best I could do was a book sale every twenty minutes.

In January, I haven't done a single bit of promotion. No touring. No signing. No interviews. I've basically sat on my ass this month.

And I've earned, on average, a dollar a minute.

In 2011, it took me five and a half days to sell that many. And I didn't have to drive across twenty-nine states to do it.

Now the numbers I'm quoting from the tour aren't the only books I sold during that time frame. I visited 505 stores, but there were thousands of other bookstores also selling my books that I didn't visit.

Surely there's a huge advantage to having your book in that many bookstores, right?

I just checked my last royalty statement. Rusty Nail, that book I worked so hard to promote, has thusfar earned me $42,000. This includes all of my hardcovers, paperbacks, ebooks, and foreign editions, combined.

With self-publishing, in a single month, I was able to earn the same amount of money it took me four and a half years to earn through traditional publishing.

Back in 2009, I wrote a book called Afraid for Grand Central. It was a paperback original, and I got a modest advance of $20,000. But my publisher gave Afraid a bigger print run than any of my previous books, and gave it decent support. They put an ad in USA Today. They got the book into Wal-Mart.

I did my part as well. I went on a blog tour, appearing on 100 blogs in 30 days. That was hard. I also did a real tour, and visited over 200 bookstores. That was harder. 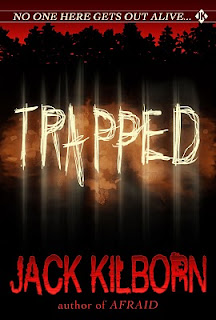 After the tour, I wrote a follow-up to Afraid called Trapped. My publisher didn't like the book, and refused to publish it.

Last year, I released Trapped on my own, on Kindle.

Because this is my career, I measure my success with how much money I'm able to make. But money is only part of the equation. The amount of time invested in order to earn that money is just as important.

I'm pretty sure I'm the only author who has ever visited 100 blogs in a month, or 500 bookstores on tour, or sent 7000 letters to libraries and bookstores (each with a signed drink coaster.)

These things took a considerable amount of time to do. Time I could have spent writing more books. Hell, I could have written a book in the time it took to put stamps on 7000 envelopes. And do you have any idea how many trips it took just to get them all to the post office?

My point should be obvious. Even if you promote your ebooks online, using websites, social networks, and blogs, it takes much less than promoting print books. I used to spend about 80% of my professional time self-promoting.

I've since stopped self-promoting. I don't do public speaking anymore, even though people offer me big money to do so. I turn down several interviews a week. I don't do conferences (the last conference I plan attend is Love is Murder, Feb 4-6, so if you want a chance to meet me or hear me talk about ebooks, this will be the last time.)

I'm a writer. So I'm devoting my time to writing, and quitting all of that other stuff.

Self-publishing ebooks hasn't just made me money. It has also given me my life back. And hopefully I'll never have to do something like this again: 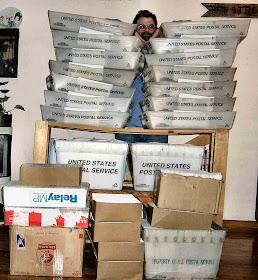